NAEMT’s Tactical Combat Casualty Care course introduces evidence-based, life-saving techniques and strategies for providing the best trauma care on the battlefield, under the auspices of the PHTLS program. It is the only TCCC course endorsed by the American College of Surgeons.

NAEMT’s Tactical Combat Casualty Care course introduces evidence-based, life-saving techniques, and strategies for providing the best trauma care on the battlefield, under the auspices of the PHTLS program. It is the only TCCC course endorsed by the American College of Surgeons.

The specifics of casualty care in the tactical setting will depend on the tactical situation, the injuries sustained by the casualty, the knowledge and skills of the first responder, and the medical equipment at hand. In contrast to a hospital Emergency Department setting where the patient IS the mission, on the battlefield, care of casualties sustained is only PART of the mission. TCCC recognizes this fact and structures its guidelines to accomplish three primary goals:

Prehospital trauma care in the military has undergone an unprecedented transformation. If you are a combatant wounded on the battlefield, the most critical phase of your care is the period from the time of injury until the time that you arrive at the surgically capable medical treatment facility (MTF). Almost 90% of our service men and women who die from combat wounds do so before they arrive at an MTF, thus highlighting the importance of the battlefield trauma care provided by our combat medics, corpsmen, and PJs, as well as by the casualties themselves and their fellow combatants.

Combat medical personnel in the U.S. military (and those of most of our coalition partners) are now trained to manage combat trauma on the battlefield using the Tactical Combat Casualty Care (TCCC) guidelines. TCCC started as a biomedical research project in the U.S. Special Operations Command (USSOCOM). The largely tradition-based, trauma care practices that were in place in 1993 were systematically re-evaluated and found to be in need of revision.

TCCC was introduced as a new framework on which to build trauma care guidelines customized for the battlefield. The original TCCC paper came out in Military Medicine in 1996 and provided a foundation, but TCCC has been in a constant state of evolution during the last 12 years. These trauma care guidelines customized for battlefield use are now reviewed and updated by the Committee on TCCC (CoTCCC) on an ongoing basis. The CoTCCC is composed of trauma surgeons, emergency medicine physicians, combatant unit physicians, and combat medics, corpsmen, and PJs., This group at present has representation from all of the U.S. armed services and has 100% deployed experience.

Although previously part of the Defense Health Board, the CoTCCC now functions as part of the Joint Trauma System. Changes in TCCC are based on direct input from combat medical personnel, an ongoing review of the published medical literature, new research coming from military medical research organizations, and lessons learned from the U.S. and allied service medical departments.

The CoTCCC publishes its recommendations in both the Journal of Special Operations Medicine and in the Prehospital Trauma Life Support Manual. The TCCC Guidelines are the only set of battlefield trauma care best-practice guidelines to have received the triple endorsement of the American College of Surgeons Committee on Trauma, the National Associations of EMTs, and the DoD.

As the CoTCCC has continued to work to improve battlefield trauma care, it has formed strategic partnerships with other organizations that also seek to improve prehospital trauma care. TCCC began its partnership with the Prehospital Trauma Life Support executive committee in 1998 and continues to work with this internationally recognized group of leaders in prehospital trauma care. PHTLS teaches their courses around the world and has recently established a program to provide TCCC training to law enforcement agencies and the militaries of allied countries when these groups request it. TCCC established a critical partnership with the U.S. Army Institute of Surgical Research (USAISR) in 2004. The USAISR undertook the first preventable death analysis on fatalities from Afghanistan and Iraq, which helped to highlight the critical need for all combatants to be trained in basic TCCC interventions. The USAISR subsequently developed a research effort with a strong focus on battlefield first responder care and published breakthrough reports on items such as tourniquets, hemostatic agents, junctional tourniquets, chest seals, and prehospital fluid resuscitation. This ongoing work has since firmly established USAISR as the DoD leader in developing and evaluating battlefield trauma care technology and management strategies. The USAISR also led the very successful USSOCOM-sponsored TCCC Transition Initiative designed to ensure that deploying Special Operations units were equipped with the latest TCCC technologies and that feedback about both the training and the equipment was captured when the units returned from their combat deployment. It was the success of this project that provided the foundation for TCCC to eventually be adopted by conventional forces in addition to Special Operations units.

CoTCCC meetings before the recent travel restrictions in the DoD were very well attended by medical representatives from combat units, the service Surgeons Generals’ offices, liaisons from coalition partner nations, stakeholders from non-DoD government agencies, and representatives from federal law enforcement agencies. Representatives from combat medical schoolhouses were there to help ensure that they could accurately reflect TCCC changes and the rationale behind them in their training courses. The Defense Medical Material Program Office was present to ensure that TCCC equipment issues, both in procurement and performance, were tracked by and discussed with the group. All of the above participants have played key roles in proposing, refining, and gaining approval for recent changes in the TCCC Guidelines. This robust and inclusive interaction has helped to ensure that TCCC continues to reflect the state of the art in battlefield trauma care. During the time that the travel restrictions have been in place, the CoTCCC has continued to convene the participants noted above in a series of issue-specific teleconferences so that at least some of the combat casualty care issues that would have been discussed at the quarterly meetings are being addressed in these forums.

The TCCC Guidelines are best-practice trauma care guidelines customized for use on the battlefield. They are guidelines only – there are no rigid protocols in combat, including Tactical Combat Casualty Care. If the recommended TCCC combat trauma management plan doesn’t work for the specific tactical situation that a combat medic, corpsman, or PJ encounters, then care must be modified to best fit the tactical situation. Scenario-based planning is critical for success in TCCC. 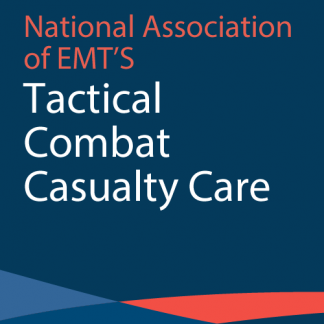